What’s the best way to mark measurements on your fabric? 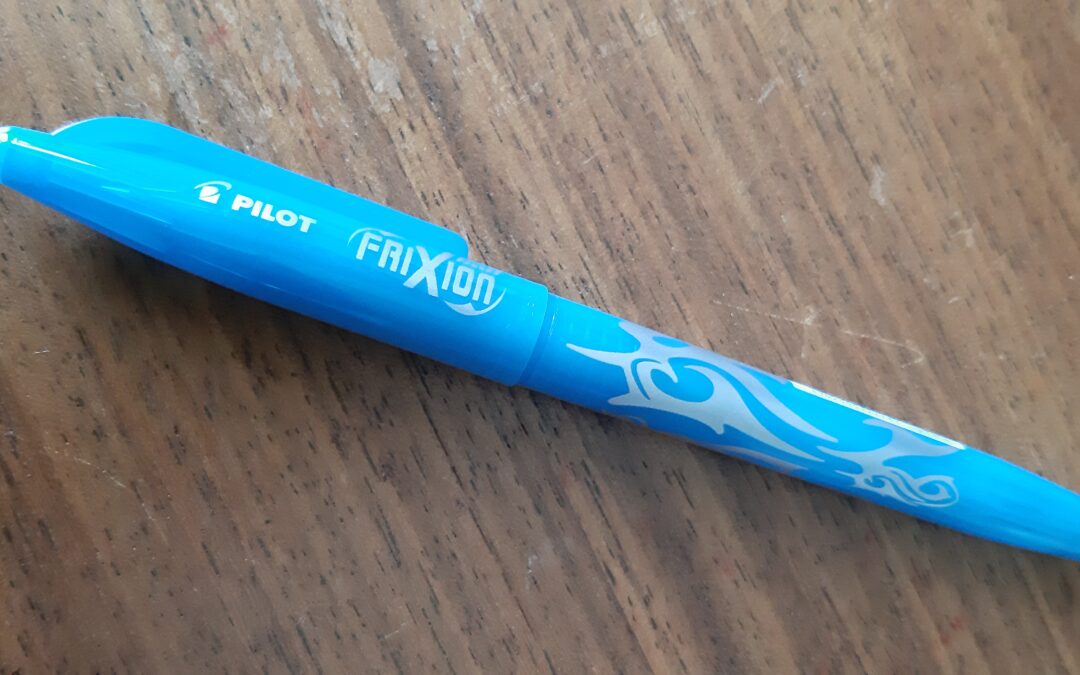 I used to ask myself every time I used a blunt piece of marking chalk whether there must be a better way!  The chalk was either a distinctive bright blue, or pink or white which showed up well enough but wouldn’t rub off! I then tried marking chalk pencils which at least made a thinnner line.  Then I discovered disappearing pens which indeed disappeared with water, but also sometimes disappeared before I wanted the line to!

And then I went on a free motion embroidery course and our teacher showed us the joys of the Frixion pen!!  What a revelation!  It writes a thin line like a normal pen and then when you want to rub it out you don’t need to use it’s little rubber on the end of the lid because your iron will do the job!

And that’s all there is to it.  I have tried other makes but they simply don’t last as well.  When mine runs out, I use a pack of refills as they are much cheaper and the outside doesn’t wear out anyway.

At £3-4 each they are well worth the investment.  I buy mine online but a large local stationery shop would stock them.